What's the Difference Between Wasps, Bees, And Hornets? There are differences between each individual "bee." Although they share a name and belong to the same order of insects known as Hymenoptera, wasps, bees, and hornets are all distinct insects despite their similarities in appearance. How can a bee, a hornet, and a wasp be distinguished? Let's have a peek!

Bees and wasps evolved in quite different ways over more than 100,000,000 years. Wasps and hornets are carnivores, meaning they eat on other insects, but bees are herbivores and gather pollen to feed their larvae. Bees are vegetarians, and the fact that only females are capable of stinging is the primary trait that they have in common.

Wasps, Bees, And Hornets All Seem Similar, So What's The Difference?

Bees, Wasps, and Hornets, and How They Live However, not all wasps may be classified as hornets and vice versa. There are no hornets that are native to the United States. The European hornet, which first appeared in New York in 1840, is the most common species we deal with. It seems like a giant yellowjacket and may grow up to 1.5 inches in length. It builds its nests on the ground or in the cavities of hollow trees.

The bald-faced hornet is a sort of paper wasp that is closely related to the yellowjacket. It is another form of "hornet" that we often come across. They have white patterns on their faces and abdomens, and their bodies are black. You have undoubtedly seen one of their enormous, grey nests about the size of a basketball hanging high in a tree.

These days, there has been a lot of discussion about a new species of hornet that has lately been brought to the west coast. Because of the method in which they attack honey bee colonies, the Asian giant hornet is also known as the "murder hornet." This is because they kill the honey bees by tearing off their heads, consuming the honey, and taking the larva to give to their own young. They are the giant wasps in the world, reaching an inch and a half in length. Because they resembled smaller birds in flight, people in Japan refer to them as sparrow wasps. Their sting causes severe agony to humans, and around fifty unfortunate individuals every year are taken out of this world by the neurotoxin found in their venom. Although there are numerous species of solitary wasps, such as mud daubers and digger wasps, the vast majority of wasps are regarded to be social. This means that they are similar to honeybees and live in colonies with a queen, female worker bees, and male drones. Social wasps attach papery nests constructed from chewed fibers to tree branches or the eaves of your home, but solitary wasps nest in the ground or natural cavities. Solitary wasps do not sting or sting humans.

Yellowjackets are social wasps that may build their nests above or below ground. The only social wasps that survive the fall are the fertilized queens since all the others perish. They spend the winter in safe locations such as hollow logs, beneath loose tree bark, or in earth cavities, and then emerge in the spring to begin a new colony when the weather warms up. Wasps that live alone are dependent on their offspring's larvae to grow and produce a new generation each spring.

Is It Better To Have Hornets Or Wasps Around?

Wasps are treasured members of the ecosystem because of their critical role in controlling pests. Wasps that live in colonies are carnivorous and feed their young newly formed larvae prey, such as caterpillars, grubs, grasshoppers, aphids, and flies. After stinging the game, social wasps place them in their egg chambers so that the newly hatched larvae may consume them. Wasps are also known to hunt spiders; the black widow is the favorite food of the blue mud dauber wasp.

Because they feed on other insects that may damage a garden, wasps should be seen as good. Adults subsist on nectar, and since they pollinate plants by mistake while doing so, we consider them to be secondary pollinators.

On the other hand, they are attracted to meat and sweets and will scavenge everything they can get their hands on. Because of this, they may be a nuisance for those eating outside and will gather around garbage cans. If you come across them, avoid acting aggressively or swatting at them since doing so puts you in danger of getting stung. They will also sting to safeguard their colony. If you mow over a ground nest by mistake, you should flee! Wasps may deliver many stings, in contrast to honey bees, which are only capable of providing a single sting. Bees get their nutrition from pollen and nectar, which they then provide to their larvae. Because of this, they are essential pollinators.

Pollen is stuck to the bee's feathery, branching hairs, giving the insect a fuzzy appearance. Bees collect pollen by visiting flowers. Bees are not hostile creatures; they only sting when they feel threatened. The males conduct most of the foraging, even though they do not possess stingers. Most bees are solitary creatures that construct their homes underground, except honey bees and bumblebees. Each female is responsible for tending to her eggs and collecting pollen, so the newly hatched larvae have enough to eat. Around 4,000 species of bees are indigenous to the United States and Canada.

Quickly Recognizing At A Glance

There are undoubtedly a significant number of distinct species of bees. The majority of us have spent our formative years studying the complex social systems of honey bees and bumblebees. As a result, we have come to believe that this way of living is representative of all bee behavior. The fact is that there are more than 20,000 different kinds of bees around the globe, and an astounding 90 percent of those bees do not live in colonies or hives together.

Our natural solitary bees, including mason bees and leafcutter bees, are the most important to the health of our flowers and food. Discover more about these giant native bees that play an essential role in pollination and how you can attract these gentle bees to your yard.

Egg, larva, pre-pupa, pupa, and adulthood are the five stages of development shared by all wasp, hornet, and bee species. Eggs that are fertilized give rise to female bees, but eggs that are not fertilized result in male bees. Wasps use a paralyzed bug as a food source for their newly born larvae, whereas bees use a loaf of pollen and nectar as a food supply for their newly hatched larvae. Eggs are deposited in separate nest cells together with the food source for the newly hatched larvae.

While some eggs hatch in a matter of days, others may not begin to develop until the next year. The larvae consume food, continue to grow, and shed their skin anywhere from three to five times. There is no set time limit on how long the pre-pupal stage may endure. It may take an egg that was produced in the spring the whole summer to develop into the pre-pupal stage, and once it reaches that stage, it may remain dormant throughout the autumn and winter. Some bees do not emerge from their larval stage until several years later! The pupa looks like an adult but is much paler in color and lacks wings and hair. It doesn't take long for it to become an adult and gnaw its way out of the nest.

The vast majority of wasps, bees, and hornets are helpful to the environment. In the garden and on the farm, wasps and hornets serve as true workhorses for pest control since they both feast on the "bad" insects responsible for crop damage. If you could visit a good number of their nests, you would find that they are filled with adult grasshoppers, crickets, caterpillars, and sawflies that have been rendered immobile.

If you look closely in the garden, you may also see that wasps play an important role as pollinators. They like to fly alone and aren't aggressive; instead, they buzz about from blossom to bloom while avoiding collisions.

There is no justification for killing any of these helpful insects unless their nest is located close to people and poses a threat. For instance, we had bald-faced hornets build a nest next to our front entrance, and whenever we opened or closed the door, they were ready to attack! The nest had to be destroyed. We used an aerosol wasp killer and sprayed it into the entry hole of the nest after waiting until after dark when all of the bees had already returned to the nest. After seeing no activity at the nest for a few days, we were allowed to take it down.

Wasps, bees, and hornets that nest in the ground may be eliminated by first locating the entry hole, spraying insecticide into the aperture, and then covering the hole with a huge rock. Do not attempt to set a nest on fire or submerge it in water, which only makes them crazy! Dress correctly, covering your eyes and any exposed skin, before trying to remove any nests, and be sure to use protective gear (just in case). Also, make sure you have a strategy for getting out of there!

If this is not the case, take a moment to reflect before you eliminate these insects; they are an important component of our ecosystem and play a significant role in the management of pests in our gardens, public areas, and croplands. 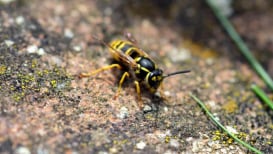 What's the Difference Between Wasps, Bees, and Hornets? 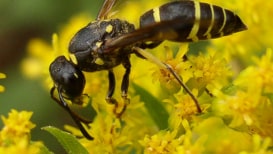 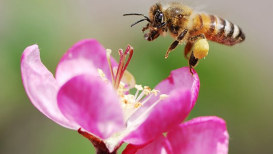 An Explanation Of Bee Hive Hierarchy And 25 Types Of Bees

How To Build A Bees House: A Step-By-Step Guide 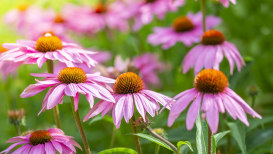 An Overview Of How To Plant, Grow, And Care For Coneflowers 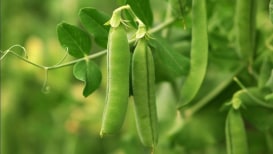 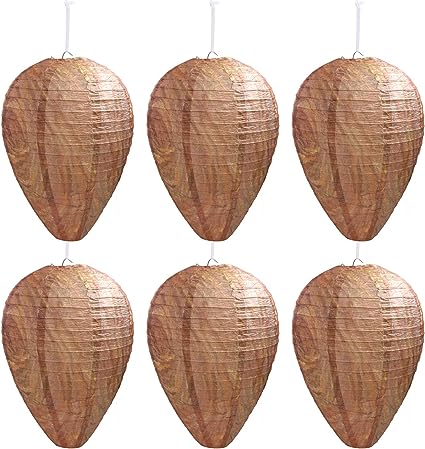 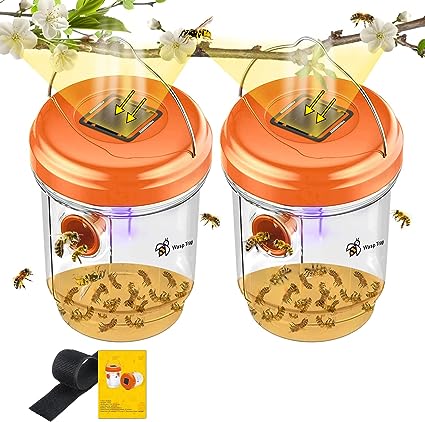 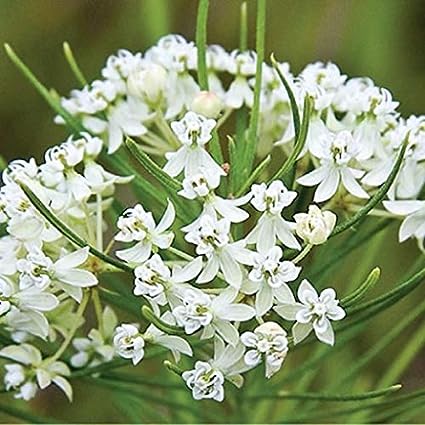