A Wonderful Guide To Grow The American Elderberry Tree The American elderberry tree, also known as the common elderberry, is a shrub that loses its leaves in the fall and produces dazzling white blooms followed by tiny blackberries. This shrub, known by various names, such as black elderberry and American black elderberry, is a charming addition to any garden or landscape owing to the rich green foliage, sprays of flowers, and tasty fruits that it produces. The American elderberry is a plant native to North America and is well recognized for its culinary uses. Elderberry fruits may only be consumed and used in cooking after they reach full maturity.

The American elderberry tree is a shrub that matures to a height of up to 12 feet and a width of up to 6 feet when fully grown. It is recommended that this plant be planted in the early spring after all danger of frost has passed. It may be successfully grown outside USDA zones 3 through 9 and can pick it once the berries have become dark purple or black, often in August or September. The American elderberry is a low-maintenance shrub that thrives in many environments, from moist soil and rocky terrain to full sun and a great deal of shade. It may even succeed in situations with little to no direct sunlight. The one thing that they require is a lot of water. If you provide your plant with enough amount of water, it will not only be able to flourish and develop, but it will also produce a large number of berries.

When you start cultivating American elderberry, your immediate attention should be on letting the bush get established, which should take a few years. When trimming your shrub, you should do the bare minimum necessary and check it occasionally for invasive weeds, which is a typical problem for the shallow-rooted plant. You shouldn't anticipate gathering large quantities of berries either because it will likely take at least two or three years to obtain a profitable crop. Because of the berries' natural tartness, you'll need to add a lot of sugar to any preserves or baked goods you create with them, such as jam or pie. In addition, the plant's tiny white blooms, which gather together into a cluster known as a cyme, can be used to produce beverages like cordials and syrups.

The American elderberry may be successfully cultivated in a wide range of solar exposures, making it an excellent candidate for practically any site in your yard or landscaping. Although it can withstand everything, it thrives best in a location that receives either complete or partial sunlight. If you want your American elderberry bush to thrive, you should plant it in soil rich in humus and with enough moisture. The plant is tolerant of a wide range of soil conditions; nonetheless, the ground must be well-drained regardless of what you choose to use. Additionally suggested is a pH range ranging from neutral to acidic. When planting your American elderberry, select a location that isn't prone to standing water because the plants have shallow roots and can rot quickly. Additionally, place each shrub at least a few feet away to give them room to develop in all directions.

If there is one thing, the American elderberry can't stand, it's a dry spell. During its active growth season or periods of high heat or dry weather, your elderberry will require around one to two inches of water to be applied to the soil each week. Keep in mind that the plant's roots are located very near to the surface of the ground; therefore, if the top layer of soil is dry, it is likely that the seeds themselves are as well. There is little danger in overwatering the American elderberry as long as the ground is porous and allows water to drain away. Given the diversity of its hardiness zones, the American elderberry is not particular about the temperature conditions in which it grows. It is a plant that would prefer to have its environment be cold and wet as opposed to hot and dry. Even though it enjoys milder temperatures, it does not have any specific humidity requirements; yet, it is very fond of rain.

Even though fertilizer for your American elderberry plant isn't required, doing so is a fantastic approach to promote the growth of a substantial number of fruits. To begin, you may want to consider adding manure or compost to the soil where you will plant your bush to boost the nutritional density of the earth. In addition, you should apply a mixture of fertilizer with a ratio of 10-10-10 to your shrub every spring. Aurea cultivar refers to a shrub with yellow leaves and red fruit rather than black fruit.

Variegata refers to foliage that has different colors or patterns.

Laciniata refers to a plant that has lacy, dissected leaves. 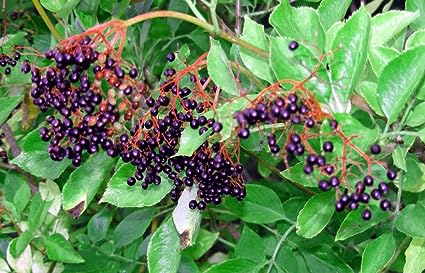 This shrub does have a propensity for producing plenty of suckers. This trait might be helpful in certain circumstances, such as when you're attempting to fill a native garden on the cheap. However, in other contexts, it can be rather unpleasant. In some regions, it may potentially become an invasive species. If this is the case, the garden center in your neighborhood should know about it.

Selecting and cultivating a central leader may shape the shrubs into a more traditional form, which resembles a little tree. A multi-trunked shrub is the most common form if it is not a tree.

At the beginning of the spring season, you should make preparations to remove any canes that are sick, damaged, or dead. Clubs over three years old should also be drawn, as younger canes yield superior fruit, and removing older rods will stimulate new development if they are pruned. The look of a shrub, which can sometimes develop a scraggly appearance, can also be improved by applying it to prune.

Fostering The Growth Of American Elderberries 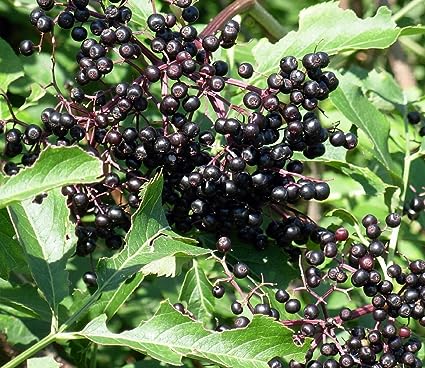 Cuttings of elderberry can be rooted and grown into new plants through this process. You should use the rooting hormone to prevent diseases caused by bacteria and fungi. Keep the cuttings for at least two months at a time in a jar that is filled with clean water. When necessary, add more water, and spray the area occasionally. When the plants have developed healthy roots, you can plant them directly into your garden in a location with good drainage and some partial shade.

American Elderberries Are Being Planted And Repotted In Pots.

Elderberries are excellent candidates for growing in containers because their roots are not very deep. When repotting, spring is the optimum time to do it in a large container at least 2 feet wide and 20 inches deep. Check to see if it has holes for drainage (or create your own using a drill). Make sure you choose potting soil with a pH ranging from 5.5 to 6.5. Compost should be used as a mulch on the surface and should water plants often to ensure they never become dry.

Insects And Illnesses That Are Widespread Even though there aren't many issues that can arise when growing American elderberry, you may have to deal with common problems like aphids, mealybugs, elder shoot borer, and scale. In addition, the American elderberry is prone to some other diseases, including canker, leaf spot, and powdery mildew. Weeds pose the greatest threat to the plant because, if left untreated, they have the potential to suffocate the plant because of its weak roots. Regularly clearing the soil of weeds growing near your elderberry shrubs is essential to their health.

A Wonderful Guide To Grow The American Elderberry Tree

Oleander Plant: All The Details You Need To Know.

How To Plant And Maintain Dieffenbachia Seguine (Dumb Cane) 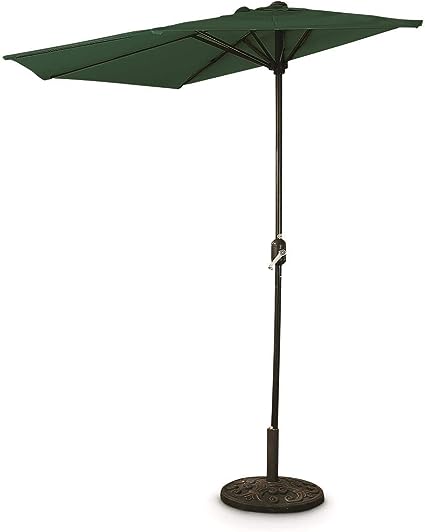 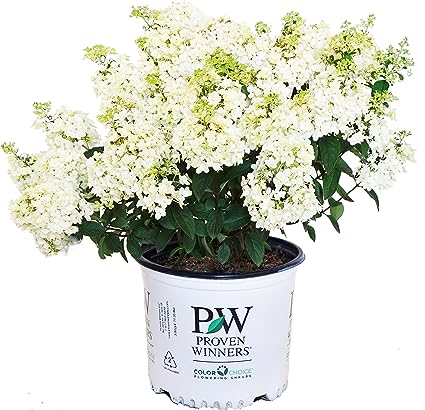 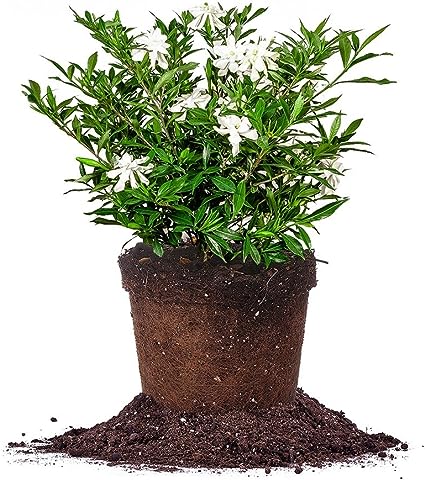 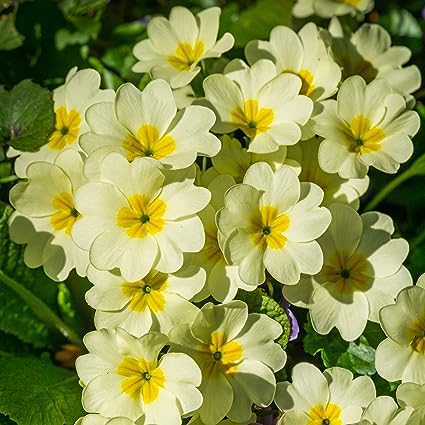